“It has a real Can-Do approach to everything. Nothing is too much trouble. The staff are charming and helpful. You feel you can ask anything”

We treasure the exceptional work, dedication, loyalty and commitment demonstrated daily by our people and recognise the immeasurable impact this has on our Members’ happiness and health. 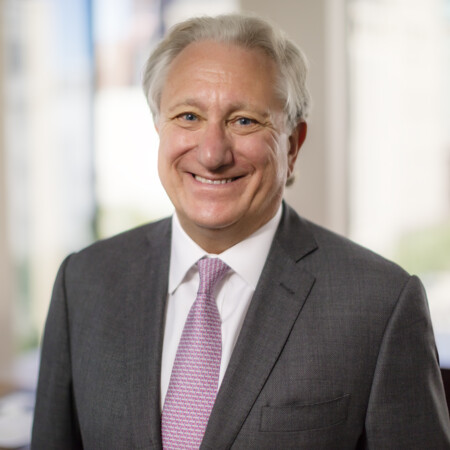 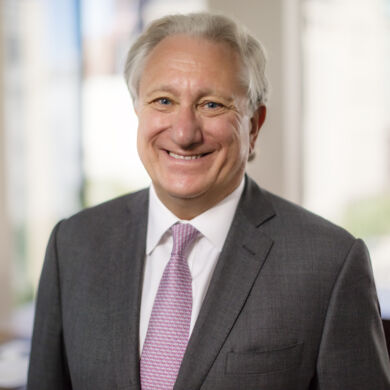 “We are setting and delivering innovative and pioneering care that the standards that others must follow. Our elderly created the society we and our children enjoy today. They must be treated with the dignity, respect, care and empathy they have both earned and deserve”

Laurence is Chairman and Chief Executive Officer of Loveday & Co and Chairman of Geller Capital Partners. Both of his parents lived with Dementia. He is an accomplished businessman and entrepreneur who has led multi-national corporations in hospitality, most recently as President and Chief Executive Officer of Strategic Hotels & Resorts (NYSE: BEE). Previously, he held the positions of Executive Vice President and Chief Operating Officer of Hyatt Development Corporation, where he jointly founded Classic Residences, a US-nationwide senior living and healthcare company.

On 31st December 2011, Laurence was named Commander of the Order of the British Empire (CBE) by Her Majesty Queen Elizabeth II. Previously Chairman of the Alzheimer's Society's Dementia Appeal Board, he is now proud to serve as its Global Business Ambassador. He is also the Chancellor of the University of West London (UWL), where the partnership has led, among other impressive achievements, to the creation of two Master's of Science programmes, in dementia care and person-centred health and social care, and the founding of The Geller Institute of Ageing and Memory Loveday. 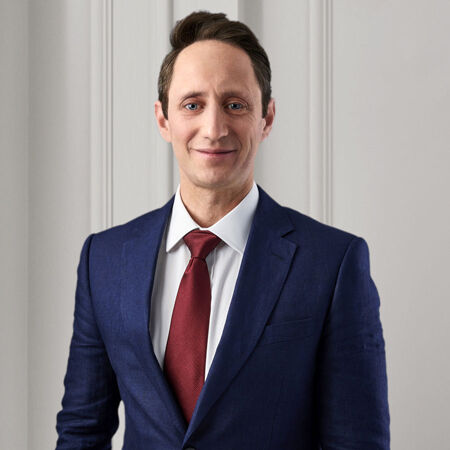 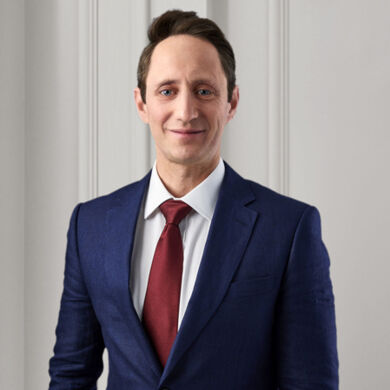 Guy is Chief Operating Officer of Chicago Pacific Founders Living Communities and President of Grace Management, Inc, which operates senior-living communities with a portfolio of approximately 50 buildings across North America. Guy is also Co-Chairman and Co-Founder of Loveday & Co.

Previously, Guy served as Managing Director of senior housing for DiNapoli Capital Partners, overseeing senior housing investments. Prior to this, he held the position of UK Managing Director of Sunrise Senior Living, a portfolio consisting of 27 assisted-living and memory-care communities with a capacity of 2,800 beds. Before taking the helm at Sunrise, Guy was Senior Director at Brookdale Senior Living.

Guy has served on the board of the Illinois chapter of the Alzheimer's Association and was an advisor to the Alzheimer's Society (UK) and a commissioner for the Commission on Residential Care (UK).

He graduated with a Bachelor of Arts of Sciences from Cornell University. 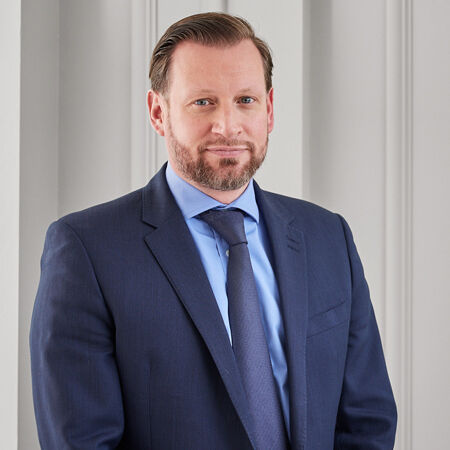 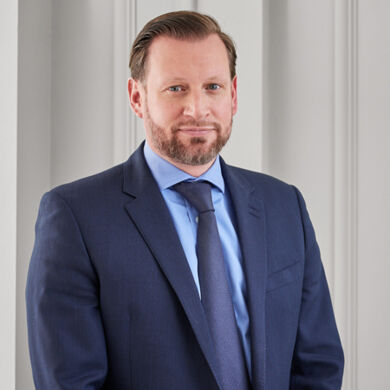 Dedicated to pioneering highly-tailored dementia care, James is not only Loveday’s Managing Director but also, together with father-and-son team Laurence and Guy Geller, its Co-Founder. Hands-on, discreet and naturally empathetic, he builds a warm relationship with every Loveday Member and takes a personal interest in everyone in the Loveday team.

Throughout his impressive career, James has breathed fresh life into the specialist senior and dementia care and housing landscape and has a track record that is second to none. However, his investment in senior health and wellbeing is nothing if not personal, having seen two grandparents live with dementia.

A Dementia Friend for a decade and a member of the Kensington and Chelsea & Westminster Dementia Action Alliances, James works closely with Age UK and organises annual charity Christmas events for 150 less fortunate seniors. Among other accolades, he has been nominated for the coveted Rising Star award at the 2021 Laing Buisson Excellence in Healthcare event. 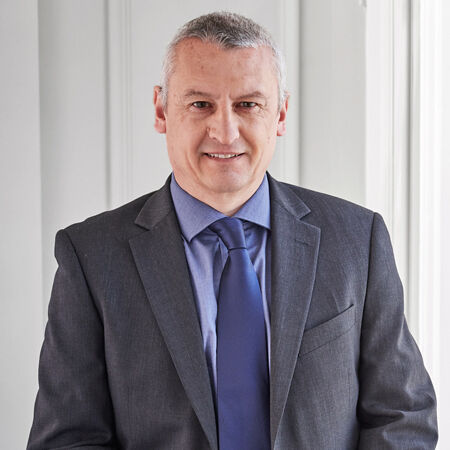 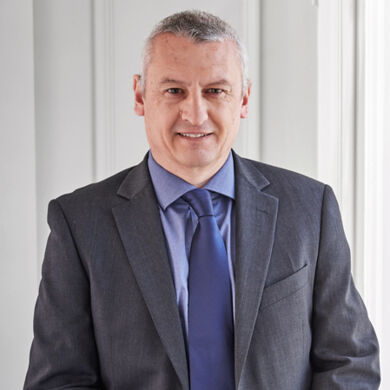 Paul is a Chartered Surveyor with an honour’s degree in Quantity Surveying and over 30 years experience in Tier 1 construction and development in the UK and the Caribbean. He has written the design brand standards for all Loveday properties and acts as Technical Services Adviser on all new projects. Working extensively with the University of Sterling’s Dementia Services Development Centre, he ensures the adoption of best practice design for dementia principles throughout Loveday properties. 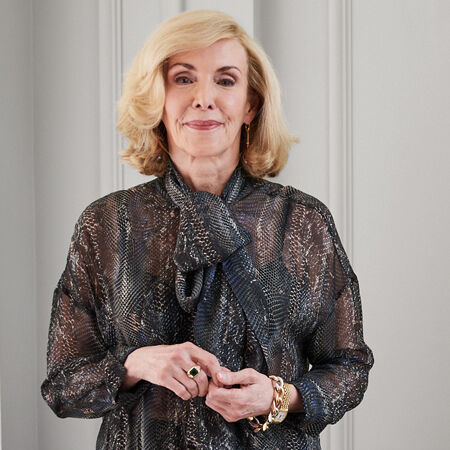 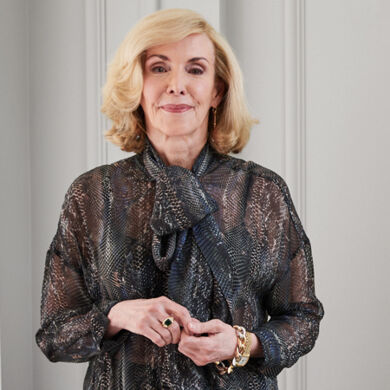 Edie is Loveday & Co’s Senior Membership and Community Manager covering a varied and diverse role which includes handling member relations for all Loveday Members and liaising with their friends and family.

Passionate about care and dedicated to improving the welfare of those less fortunate, Edie spends her personal life helping others. She has been a long-term volunteer at the Holy Trinity Brompton church where she helps the homeless, supports parishioners and deals with a variety of age-related issues. 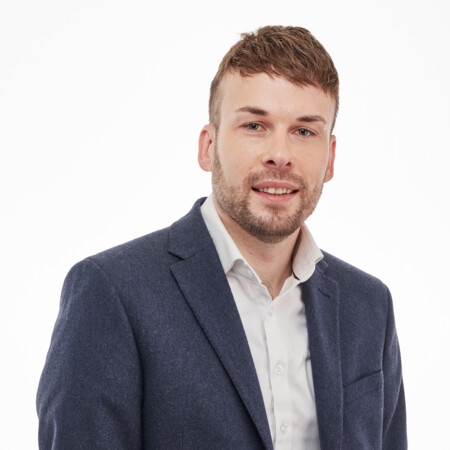 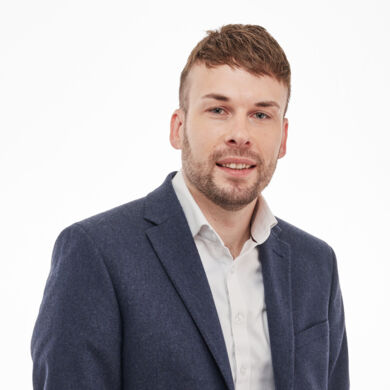 Head of Care and Quality

Darren has an impressive clinical background in private health and social care and, as such, has embraced numerous challenges and transitions of change in fast-paced and often highly pressured environments.

Before joining the Loveday team, Darren served as Head of Care and Quality at Care UK, overseeing care and quality across the organisation’s 120 care homes and assisting in significantly improving its CQC compliance ratings and number of outstanding-rated homes. Previously, he used his degree in Adult Nursing in support of some of the capital’s finest private hospitals.

Darren keenly encourages the development of his colleagues’ self-awareness, learning and best support of patient-centred care. His deep interest in Loveday Members’ quality of life is underlined by his extensive leadership in dementia training at the University of Worcester, collaborative projects with both Macmillan and Marie Curie and long-term input as his local borough’s champion for healthcare and adult social care. 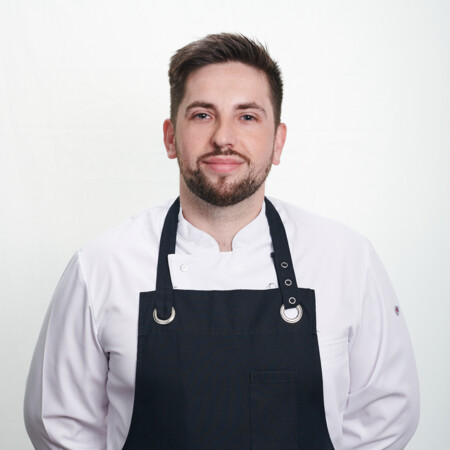 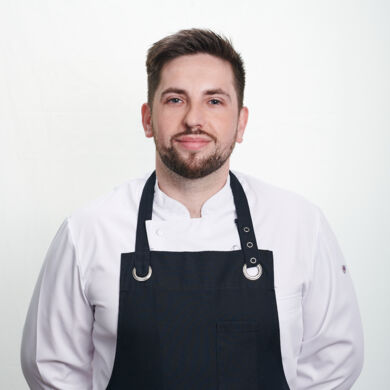 Matt is not only a fabulous, multi-award-winning chef, but is also an ardent advocate for the optimisation of every diner's health through superb nutrition and delicious meals. He has carved out a thriving career in care, starting at London’s Savoy Hotel. His wealth of international culinary expertise means he understands the importance of flavour, quality produce and the vital role nutrition plays in later life.

Connected to London’s finest suppliers, Matt’s daily menus display an abundance of quality, fresh, seasonal produce. He befriends each Member, adapting their menus and monitoring their nutritional intake in tune with any change or decline in health or appetite.

In a testament to Matt’s talent, compassion and dedication to the care industry, in 2019 Channel 4 invited him to run a kitchen and train a 14-strong team of volunteers, all living with early-onset dementia, for an inspiring social experiment entitled ‘The Restaurant That Makes Mistakes'. 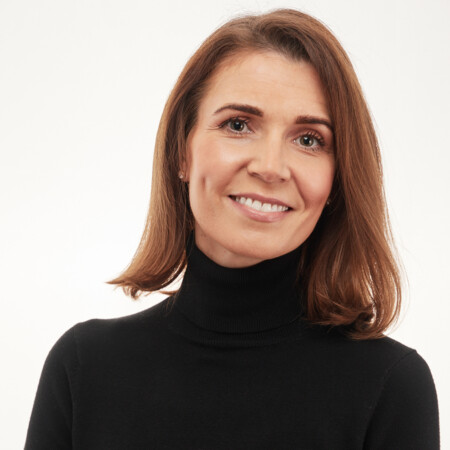 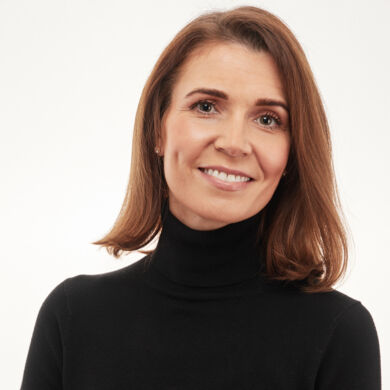 Lisa’s role at Loveday is centred around Membership services, handling any enquiries from Members and their loved ones surrounding the Day Club, Loveday Residences, Respite or Loveday at Home.

A passionate people person with a wealth of experience in delivering exceptional services and experiences, Lisa has worked in hospitality, events and care settings; she is adept at understanding individual needs and is highly resourceful and responsive. Lisa’s previous role as the Client Relationship Manager at Signature Senior Lifestyle, a leading care home provider, coupled with her own personal experience of caring for a loved one, has equipped her with the knowledge, compassion and expertise for working in the care sector.  She understands from a personal perspective the stresses and apprehension about finding care solutions for loved ones and is determined to ease the pressure and transition for anybody seeking advice and support.

Warm, approachable and highly resourceful, Lisa is always happy and ready to help. 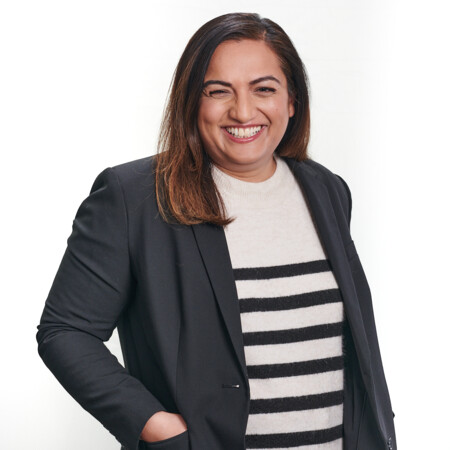 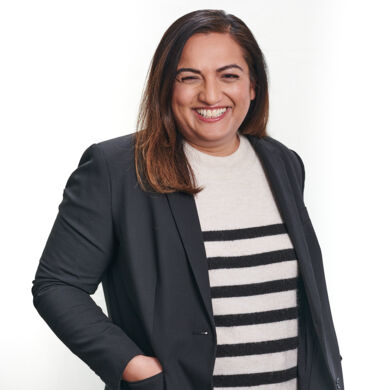 Farzana is a CIPD Level 7 qualified human resources (HR) professional with over eight years of HR generalist experience in the world of luxury hospitality and retail. Over the years, she has played an essential in key projects, including the development and embedding of global core values. Farzana has also helped develop an effective HR function, including employee relations, training and development, policies and procedures, as well as engagement. She also passionately believes in nurturing the right company culture, and one which is aligned to her own values of integrity, care and compassion. She is dedicated to utilising her wealth of experience to building Loveday into the employer brand of choice in the care home sector. Outside of work, and despite only learning to ride a bike in 2020, Farzana is a keen cyclist. 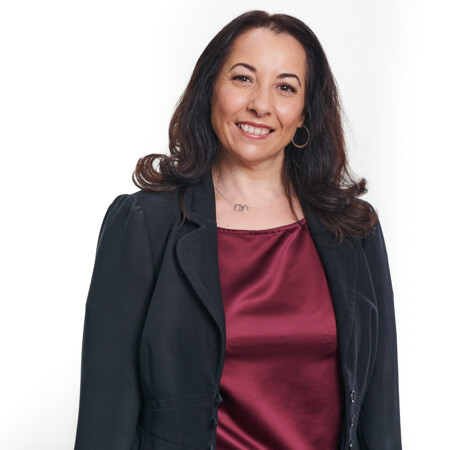 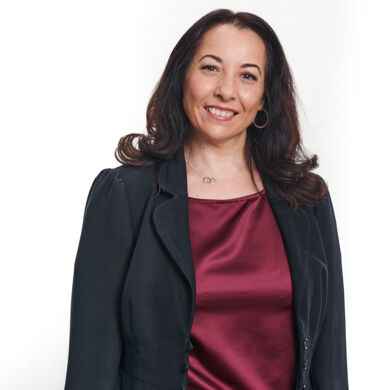 Head of Learning and Development

As Loveday's Head of Learning and Development, Jamila is responsible for implementing outstanding training across all of our residences. Her sterling 25 years of experience in the health and social care sector has seen her work both as a registered manager and as a national training officer in residential and nursing environments. Above all, she is an expert not only at moving and handling, but also in falls prevention and management and is utterly dedicated to achieving excellence in standards. 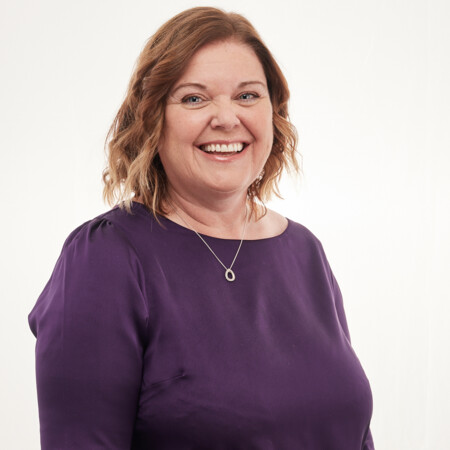 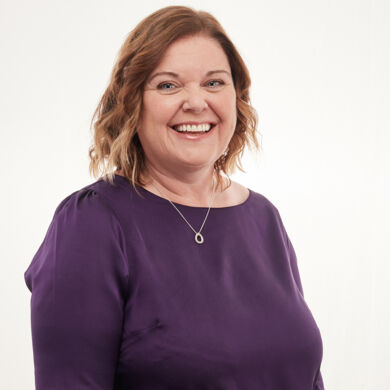 Annette has rich and varied experience in relationship management, spanning over 25 years. Possessing a wealth of experience in the healthcare industry, Annette’s previous role was at the Fortius Clinic, a private orthopaedic hospital in central London working with consultants, GP’s physicians, physiotherapists and corporate clients.

Annette has extensive experience in managing European teams and coaching and mentoring to achieve positive results for her team members. She also previously ran her own successful business consultancy specialising in hospitality, healthcare, manufacturing and renewable energy.

With in-depth knowledge and understanding of the healthcare industry and a passion for providing excellent service and care. Annette thrives on meeting new people, developing relationships and building mutually beneficial partnerships. 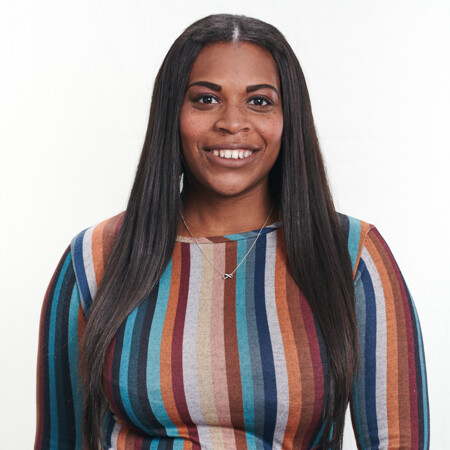 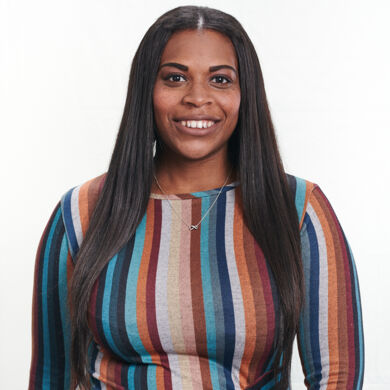 Versatile and experienced, Zara is a passionate ambassador for Loveday. Her enthusiastic approach to development is matched by her ability to communicate effectively and consistently with all professionals, from colleagues to external partners, and her belief in always putting her patients and clients first. To this end, she relishes the opportunity to build and sustain relationships with consultants, general practitioners, medical secretaries, practice managers and corporate clients. Zara's considerable experience in the private medical sector enables her to develop relationships and to network with the local community, drawing on her expertise to share the outstanding bespoke services provided by Loveday. 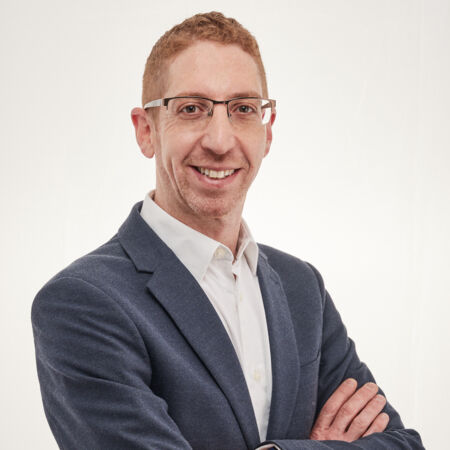 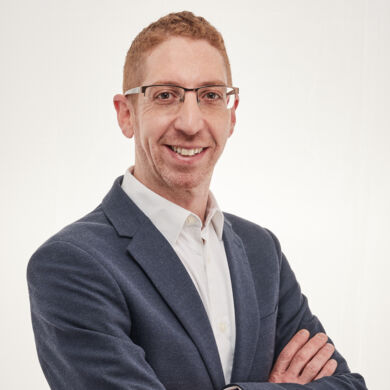 Head of Member Lifestyle and Activities

Robert oversees the delivery of the Extraordinary Days programme for all of our Members at Loveday, curating a dynamic curriculum of activities and experiences tailored around our Members.

Having studied a Bachelor of Science in Television, Technology and Production at university before moving to London and working with adults with learning difficulties, he brings a wealth of creativity and boundless enthusiasm for care, making him one of the most dynamic and innovative people in the sector.

Robert has specialised in dementia care since 2015 and is passionate about delivering the very best and most enriching activities to those in his care. His recent Care Home Album Covers project, where he recreated famous album covers with residents, received international acclaim. He is the recipient of numerous awards including winner of Social Care Covid Hero (Great British Care Awards 2020), Growing Old Disgracefully Award (NAPA National Activities Providers Association 2021), The Care Home Activity Organiser Award (Great British Care Awards 2021) and Care Activities Co-ordinator/ Facilitator Award (The National Care Awards 2021).. to name but a few.

Investing in our people, their contentment and their wellbeing lies at the heart of our values. We place great importance on building deep, meaningful relationships with all our staff. We are immensely proud that our staff retention rate is one of the highest in our industry, so much so that, since opening Chelsea Court Place in 2016, we have retained an absolutely exceptional 70 percent of our founding team.

A favourite with both staff and families, our monthly ‘Above & Beyond’ award provides a wonderful opportunity for individual people to be acknowledged for going ‘that bit further’ and doing something really special for one of our Members.